Share a memory
Obituary & Services
Tribute Wall
Read more about the life story of Jacob and share your memory.

Jacob Perry Hawley, 89, of Fairfield, CT, departed this life on January 3,2023. He is the son of the late Henry and Bertha (Perry) Hawley, and loving husband to Judith (Montgomery) Hawley.

As a young child, he could often be found waiting at the train station for his father, a conductor or causing a ruckus with his three siblings. A favorite memory of his was fishing “Bumble,” his younger brother, from the laundry chute when they treated it like a slide at a playground.

He attended Highland Park High School in Illinois, where he attended every class reunion from the 25th up to the 50th. Jacob attended the University of Illinois and University of Miami where he studied Business and Personnel Management. This led into a successful career as a businessman and salesman for USG and the Olin Corporation. Jacob served in the Army from 1953 to 1955 in the Engineering Aviation Battalion and was awarded the National Defense Service Medal. Some of his closest friendships were forged in the Army and best memories from that time shared frequently with friends and family, including teaching his granddaughter the old “Army Songs” he would sing.

In the 70’s, Jacob and Judith Hawley purchased property in Nevis, the sister island to St. Kitts, part of the Leeward island chain. The two fell in love with the island and made a lengthy list of close friends. Some of their most cherished times were spend on that island.

Jacob was a never-ending well of stories, recalling encounters from his many ventures, whether through the army, through trips taken for business and pleasure. A man not easily forgotten, his sharp-witted sense of humor left lasting marks on so many hearts and minds, as well as how graciously he’d open his home up to endless streams of company, reveling in stories, sharing with friends and family, and often with a glass of wine in hand. Anyone who encountered Jake, would often leave with a smile and a smart remark about how he always found a way to make them laugh.

Jacob is predeceased by his father, Henry Lewis Hawley; his mother, Bertha Perry Hawley; his sisters, Jackie and Patsey; and his brother, Hank “Bumble” Hawley.

Jacob Hawley was a man of the world, and would want everyone to carry on the memories of his life, telling stories of how he made them laugh, the times he shared such warm hospitality, carry on the adventures of his army days through tales and song, and keep creating their own memories to be shared and remembered, just as we will him. The Cremation Society of New England is honored to have been entrusted with Jacobs’s care and final arrangements.

To send flowers to the family or plant a tree in memory of Jacob Perry Hawley, please visit our floral store. 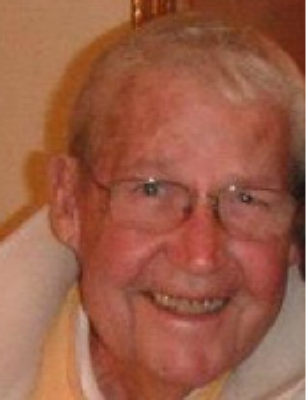 You can still show your support by sending flowers directly to the family, or by planting a memorial tree in the memory of Jacob Perry Hawley
SHARE OBITUARY
© 2023 Connecticut Cremations. All Rights Reserved. Funeral Home website by CFS & TA | Terms of Use | Privacy Policy | Accessibility