Share a memory
Obituary & Services
Tribute Wall
Read more about the life story of Patricia and share your memory.

Pat graduated from East Hampton High School in 1967, and shortly after embarked on many adventures, including hitchhiking across the country and attending Woodstock. She earned her Bachelor’s Degree in psychology from Eastern Connecticut University, then went on to nursing school at Norwalk Hospital. She worked as a registered nurse for over 40 years, including as a psychiatric nurse in the Middlesex Hospital Emergency Department for many years, and then in extended rehab care. She continued without hesitation to work as a nurse throughout the height of the Covid-19 pandemic. Consistent with her ambitious and fearless character, Pat went back to school to pursue a second career, earning her law degree magna cum laude from UConn Law School. She was a practicing attorney for several years before returning to nursing in order to spend more time with her children.

Pat loved spending summers at the beach and traveling, especially with her daughter Sarah in Europe. She also spent frequent time in New York City visiting her grandson, Leo Bear. She loved music, especially Motown and Andrea Bocelli, going out to restaurants with friends, visiting museums, watching tennis, and cheering on her beloved New York Knicks.

Pat will be remembered as a loyal family member and friend, a wonderful mother, and an incredible Grammy.

According to her wishes, Pat’s life will be celebrated with a big party at the beach this summer. In lieu of flowers, donations may be made in her memory to any charity. The Cremation Society of New England is honored to have been entrusted with Patricia’s care and final arrangements.

To send flowers to the family or plant a tree in memory of Patricia Sloan, please visit our floral store. 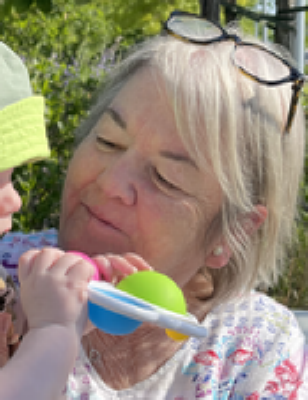 You can still show your support by sending flowers directly to the family, or by planting a memorial tree in the memory of Patricia Sloan
SHARE OBITUARY
© 2023 Connecticut Cremations. All Rights Reserved. Funeral Home website by CFS & TA | Terms of Use | Privacy Policy | Accessibility