Share a memory
Obituary & Services
Tribute Wall
Read more about the life story of Walter and share your memory.

Walt was born on December 7, 1945, in Willimantic, CT. His youth was spent working on the family farm and helping with his father's business. Walt's father pushed him to focus on academics and in 1963 Walt graduated valedictorian from Windham Regional Technical High with a focus on radio and TV repair. Walt furthered his education by completing an associate's degree from Norwich State Technical Institute in 1965 and took a position at Bell Labs in NJ.

While Walt was living in NJ, his draft notice was sent to his family's home in CT. Walt contacted the local draft office for guidance and they assured him there wasn't a problem since he came to them. Meanwhile, he got in contact with a local recruiter knowing his draft number was going to come up again. Walt joined the US Air Force in 1966 as a communication and radar repair technician. He performed training at Keesler AFB, Biloxi, MS, and was then stationed at Dover AFB, Dover, DE. Sergeant Wicks finished his service in January 1970 after having opportunities to "have traveled quite a bit".

Walt returned back to CT and secured a job at Pratt & Whitney handling the data from the engine test  stands.  Now that he had secured employment his focus turned to find a wife.  Walt was a quiet and unassuming man who never really felt comfortable in the dating scene. Walt and Jo met through his sister Beverly in April 1970 and were married in November of that year. Walt and Jo were inseparable and did almost everything together for the rest of their lives.

Walt was a car guy! He dreamed of different car projects not just driving and repairing them. In the summer of 1987, Walt began the project to remove the stock engine from his 1975 Chevy Monza and replace it with a non-optional 8-cylinder small block. In order to support Walt, the family spent a week camping at the family farm where the project took place.

Walt's over 25-year career at Pratt & Whitney saw changes resulting from improving technology but he stayed in the data/computer field. He only left Pratt & Whitney because they outsourced his functions to IBM, so he got hired at IBM and kept doing the same work. Eventually, Pratt offshored those functions and Walt retired from IBM at age 65. In order to take care of Jo he worked at Pitney Bowes for health insurance until age 70.

The family will be holding a joint interment for Walt and Jo in the spring.

To send flowers to the family or plant a tree in memory of Walter F. Wicks, please visit our floral store. 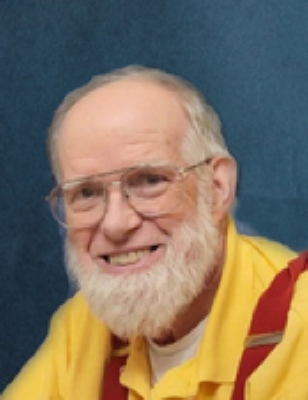 You can still show your support by sending flowers directly to the family, or by planting a memorial tree in the memory of Walter F. Wicks
SHARE OBITUARY
© 2023 Connecticut Cremations. All Rights Reserved. Funeral Home website by CFS & TA | Terms of Use | Privacy Policy | Accessibility